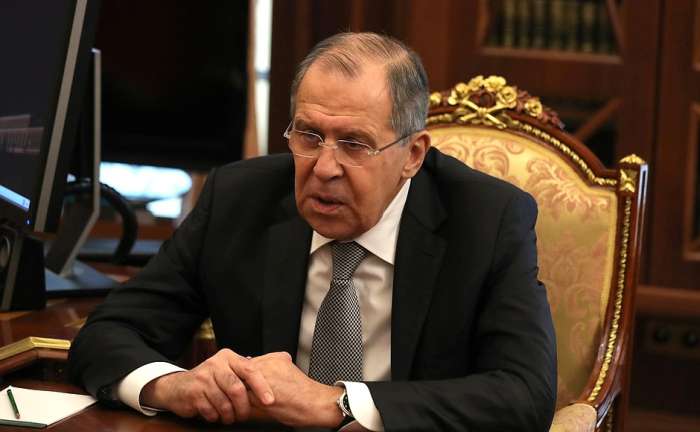 Russian Foreign Minister Sergey Lavrov has warned that the United States’ decision to produce a low-yield nuclear warhead will only make a nuclear war more likely. The US National Nuclear Security Agency (NNSA) confirmed Monday that it had started to produce a new low-yield nuclear warhead following President Donald Trump’s order last year to equip the Pentagon with tactical weapons that could be used in more realistic combat scenarios. The new warhead was one of the three key changes introduced in the Trump administration’s so-called Nuclear Posture Review (NPR). – Press TV Photo: kremlin.ru