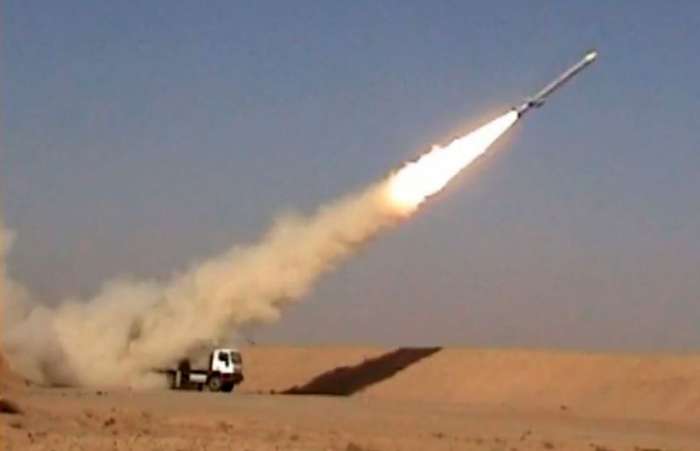 Iran displayed a new cruise missile with a range of 1,300 kilometers (800 miles) on Saturday during celebrations marking the anniversary of the 1979 Islamic Revolution, state television reported. Iran has expanded its missile program, particularly its ballistic missiles, in defiance of opposition from the United States and expressions of concern by European countries. Tehran says the program is purely defensive. – Haaretz Photo: A screengrab of an Iranian broadcast showing the test-launch. /Tasnim News Agency