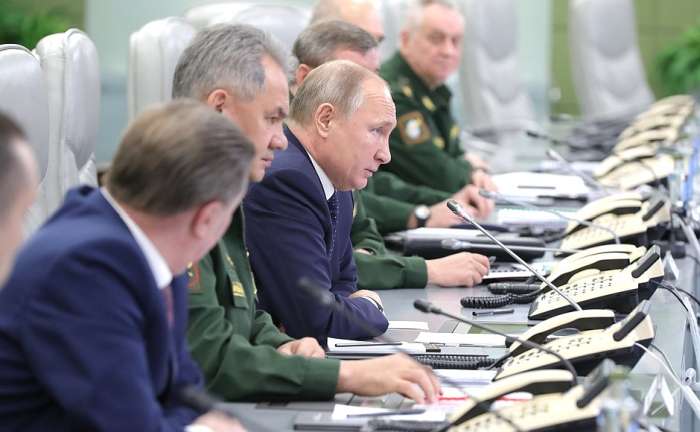 One of the most important of the December revelations, but one that has been completely ignored in the West, was the statement by General Karakayev that “…the nuclear potentials of the sides have [been] reduced more than 66% since the signing of START I.” This is a major departure from the Russian position. At the United Nations in April 2018, First Deputy Permanent Representative of the Russian Federation to the U.N Dmitry Polyanskiy declared that “Russia cut its nuclear arsenal by over 85 percent as compared to its stockpiles at the height of the Cold War.” – Real Clear Defense Photo: President Putin Watches the test of the hypersonic glide vehicle. /Kremlin