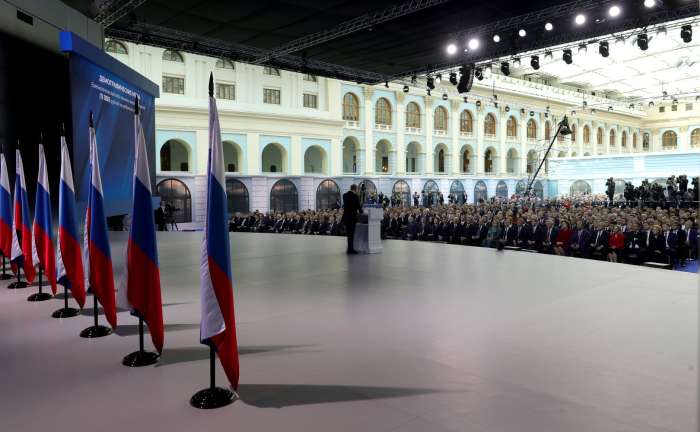 Even given the rotten state of diplomatic relations between Russia and the United States, having a famous St. Petersburg cathedral choir sing a ballad to nuking America might seem like an odd choice. That weekend performance on Defending the Fatherland Day was just one element in a series of references to nuclear attacks that made it appear on Tuesday that Moscow was dusting off its old MAD playbook — Cold War shorthand for Mutual Assured Destruction. The new assertiveness about the Kremlin’s nuclear capacities seems to be related to President Trump’s decision to withdraw from the Intermediate-Range Nuclear Forces Treaty, which banned the placement of such weapons in Europe. – New York Times Photo: kremlin.ru