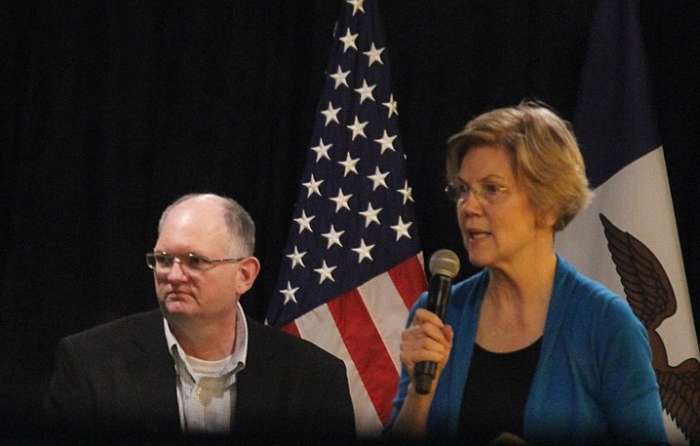 Democrats in the U.S. House and Senate introduced legislation last week to prevent the U.S. from using nuclear weapons unless first attacked by nuclear weapons from another country. Ideally, the bill will induce a long-needed reconsideration of U.S. nuclear weapons policy… First, let us assume that the bill, one of whose sponsors is senator and presidential candidate Elizabeth Warren, actually would have binding force in some of the emergency cases where this might be an issue to begin with. Otherwise, it is an empty declaration. – Bloomberg Photo: Matt Johnson CC BY 2.0