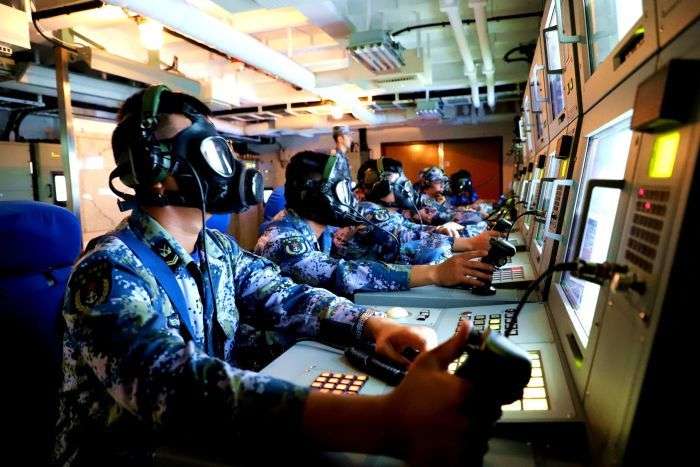 Historians look at this, and see, like Eugene O’Neill, the past happening over and over again. They look at the world and see the same fault lines as 1914. Then they said war would never happen; Germany and Britain were each other’s biggest trading partners; the kaiser and the king were cousins… Christopher Clark says political leaders become hostage to events. Now many believe we are sleepwalking to war all over again. The weights are tipping the scales just like 1914. – ABC News Photo: Chinese sailors during a drill in the South China Sea. (China Military Online)