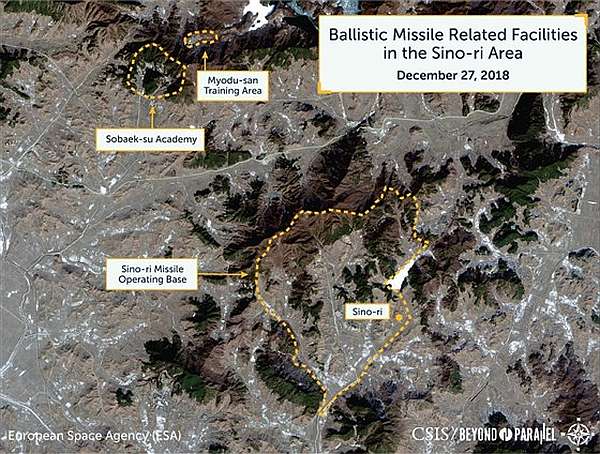 With a second U.S.-North Korea nuclear summit looming in February, researchers have discovered a secret ballistic missile base in North Korea — one of as many as 20 undisclosed missile sites in the country, according to the researchers’ new report. The Kim regime has never disclosed the existence of the Sino-ri Missile Operating Base to the outside world. Ballistic missiles are the primary delivery mechanism for North Korean nuclear warheads. The report from Beyond Parallel, a project sponsored by the Center for Strategic and International Studies (CSIS), a defense think tank, was released Monday… – NBC News