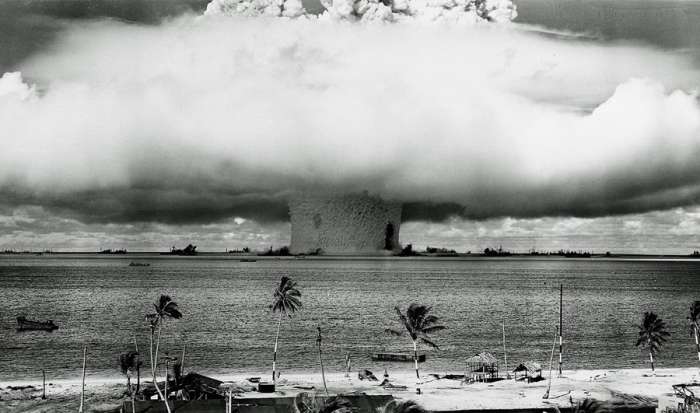 Of all the nuclear weapons in all the world, quite possibly the weirdest, most ridiculous is the nuclear torpedo which has been envisioned and developed as everything from an anti-submarine weapon to a city-ending doomsday weapon. Russia’s President Vladimir Putin even claims that he’s brought it back… The Soviet Union was the first to investigate the concept and came up with two designs dubbed the T-5 and T-15 from 1951 to 1952. The T-5 was a sort of tactically useful weapon, fitting in standard 21-inch torpedo tubes but featuring a nuclear warhead with a 5-kiloton payload. – We Are The Mighty Photo: The underwater nuclear test Hardtack Umbrella was an 8-kiloton explosion. (US Navy)