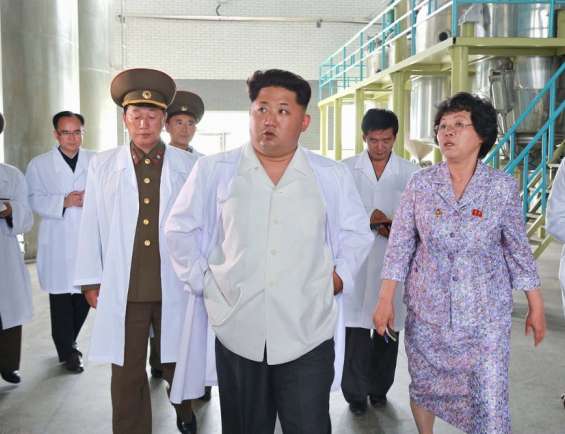 Pound for pound, the deadliest arms of all time are not nuclear but biological. A single gallon of anthrax, if suitably distributed, could end human life on Earth. Even so, the Trump administration has given scant attention to North Korea’s pursuit of living weapons — a threat that analysts describe as more immediate than its nuclear arms, which Pyongyang and Washington have been discussing for more than six months… “North Korea is far more likely to use biological weapons than nuclear ones,” said Andrew C. Weber, a Pentagon official in charge of nuclear, – The New York Times Photo: Kim Jong-un at the Pyongyang Bio-Technical Institute – KCNA