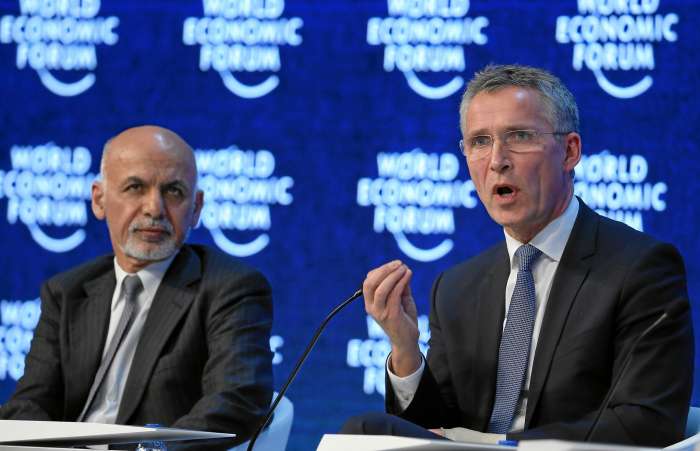 The secretary general of NATO warned that a new missile from Russia not only breaks a treaty with the U.S. but also lowers the bar for the use of nuclear weapons… At the World Economic Forum in Davos on Thursday, Jens Stoltenberg agreed: “Russia is in violation of that treaty. They have developed and deployed new missiles which are mobile, hard to detect, have a short warning time and they are therefore reducing the threshold for the use of any nuclear weapons,” he said. – CNBC News Photo Jens Stoltenberg (R) by Remy Steinegger CC