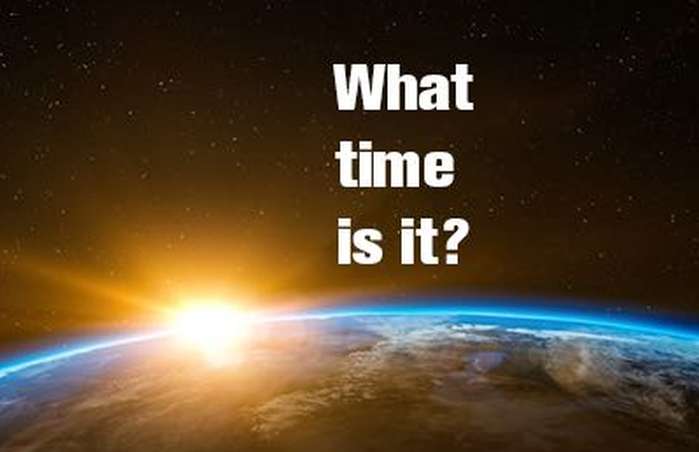 Citing lack of progress on nuclear risks and climate change dangers as “the new abnormal,” the Doomsday Clock remains at 2 minutes to midnight, as close to the symbolic point of annihilation that the iconic Clock has been since 1953 at the height of the Cold War. The decision announced today to keep the Doomsday Clock at two minutes before midnight was made by the Bulletin of the Atomic Scientists’ Science and Security Board in consultation with the Board of Sponsors, which includes 14 Nobel Laureates.

The 2019 Doomsday Clock statement notes: “A new abnormal: It is still two minutes to midnight. Humanity now faces two simultaneous existential threats, either of which would be cause for extreme concern and immediate attention. These major threats—nuclear weapons and climate change—were exacerbated this past year by the increased use of information warfare to undermine democracy around the world, amplifying risk from these and other threats and putting the future of civilization in extraordinary danger. The ‘new abnormal’ that we describe, and that the world now inhabits, is unsustainable and extremely dangerous. The world security situation can be improved, if leaders seek change and citizens demand it. It is 2 minutes to midnight, but there is no reason the Doomsday Clock cannot move away from catastrophe. It has done so in the past, because wise leaders acted—under pressure from informed and engaged citizens around the world.”

Rachel Bronson, president and CEO of the Bulletin of the Atomic Scientists, said: “There is nothing normal about the complex and frightening reality we are describing today. The Bulletin of the Atomic Scientists Science and Security Board today sets the Doomsday Clock at two minutes to midnight—the closest it has ever been to apocalypse. Though unchanged from 2018, this setting should be taken not as a sign of stability but as a stark warning to leaders and citizens around the world.”

Former US Secretary of Defense William J. Perry, chair, Bulletin of the Atomic Scientists Board of Sponsors, said: “The current international security situation—what we call the ‘new abnormal’—has extended over two years now. It’s a state as worrisome as the most dangerous times of the Cold War, a state that features a constantly shifting landscape of simmering disputes that keep the world unsettled and multiply the chances that major military conflict will erupt. Brash leaders, intense diplomatic disputes, and regional instabilities combine to create an international context in which nuclear dangers are all too real.”

Herb Lin, senior research scholar for cyber policy and security, Stanford University, Hank J. Holland fellow in Cyber Policy and Security, Hoover Institution at Stanford, and member of the Bulletin of the Atomic Scientists Science and Security Board for cyber/disruptive technologies, said: “Events in 2018 have helped us to better understand an ongoing and intentional corruption of the information environment. Our leaders complain about fake news and invoke alternative facts when reality is inconvenient. They are shamelessly inconsistent. They debase established institutions of government, journalism, and education that hold them accountable. And the Internet and new media enable this corruption to be spread worldwide, attacking the rational discourse required for solving all of the complex problems facing humanity, but especially those of nuclear weapons and climate disruption.”

Robert Rosner, William E. Wrather Distinguished Service professor in the Department of Astronomy and Astrophysics and Physics at the University of Chicago, and chair, Bulletin of the Atomic Scientists Science and Security Board, said: “Threats must be acknowledged before they can be effectively confronted. The current situation—in which intersecting nuclear, climate, and information warfare threats all go insufficiently recognized and addressed, when they are not simply ignored or denied—is unsustainable. The longer world leaders and citizens carelessly inhabit this new and abnormal reality, the more likely the world is to experience catastrophe of historic proportions.”

Sharon Squassoni, research professor of practice, Institute for International Science and Technology Policy, Elliott School of International Affairs, the George Washington University, and member of the Bulletin of the Atomic Scientists Science and Security Board for nuclear risk, said: “The risks associated with nuclear weapons, over the long term, are increasing for three reasons: expensive programs to modernize nuclear arsenals, expansive nuclear doctrines, and a decisive turn away from nuclear arms control. Nuclear restraint, stability, and reductions are desperately needed.”

Susan Solomon, atmospheric chemist, Lee and Geraldine Martin professor of Environmental Studies at Massachusetts Institute of Technology, and member of the Bulletin of the Atomic ScientistsScience and Security Board for climate change, said: “The United States has abandoned its responsibilities to lead the world decarbonization effort. The United States has more resources than poorer nations have; its failure to ambitiously reduce emissions represents an act of gross negligence. The United States stood alone while the other G20 countries signed on to a portion of a joint statement reaffirming their commitment to tackle climate change. Compounding our national lack of leadership on this issue, at a UN climate meeting last month, we undercut an expert assessment of climate change for the UN from the Intergovernmental Panel on Climate Change.”

#RewindtheDoomsdayClock is a major message of the 2019 Doomsday Clock statement, with the following action steps among those recommended:

– Bulletin of the Atomic Scientists