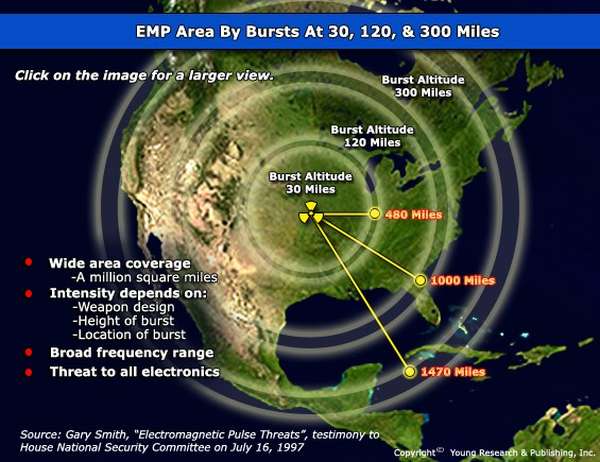 A new military study provides an ominous warning: America’s enemies have not given up on the devastating effects of an EMP on a woefully unprepared United States. An EMP attack on the United States has been the subject of nightmare scenarios for years, since scientists and Pentagon analysts warn of mass starvation if the electric grid — in a moment — ceases to operate and the refrigerator, for example, is rendered useless… Hardening military systems against an EMP has been a top priority of the Pentagon for decades, but the executive director of the EMP Task Force says the civilian grid has been ignored. – OneNewNow.com