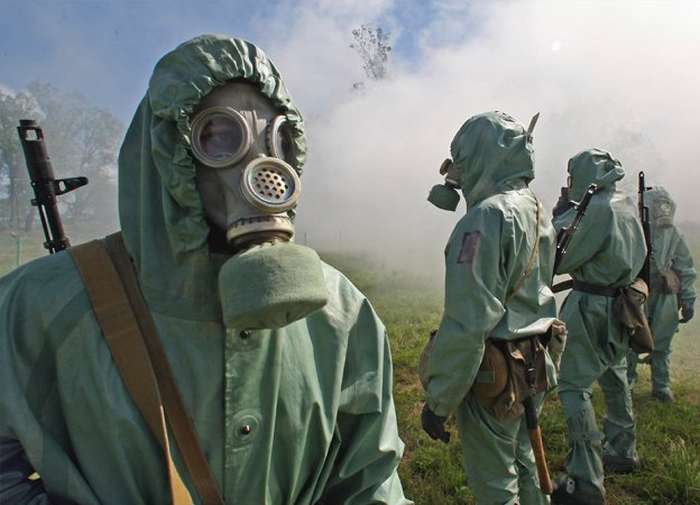 Ever since the U.S. atomic bombings of Japanese cities in August 1945, a specter has haunted the world―the specter of nuclear annihilation. The latest report from the Bulletin of the Atomic Scientists, issued on January 24, reminds us that the prospect of nuclear catastrophe remains all too real. Citing the extraordinary danger of nuclear disaster, the editors and the distinguished panel of experts upon whom they relied reset their famous “Doomsday Clock” at two minutes to midnight. This grim warning from the scientists is well-justified.

The Trump administration has withdrawn the United States from the painstakingly-negotiated 2015 nuclear weapons agreement with Iran and is in the process of withdrawing from the 1987 Intermediate Nuclear Forces (INF) Treaty with Russia. In addition, the 2010 New Start Treaty, which caps the number of strategic nuclear weapons held by the United States and Russia, is scheduled to expire in 2021, thus leaving no limits on the world’s largest nuclear arsenals for the first time since 1972. According to Trump, this agreement, too, is a “bad deal,” and his hawkish national security advisor, John Bolton, has denounced it as “unilateral disarmament.”

Furthermore, while nuclear arms control and disarmament agreements crumble, a major nuclear weapons buildup is underway by all nine nuclear powers. The U.S. government alone has embarked on an extensive “modernization” of its entire nuclear weapons complex, designed to provide new, improved nuclear weapons and upgraded or new facilities for their production. The cost to U.S. taxpayers has been estimated to run somewhere between $1.2 trillion and $2 trillion.

For his part, Russian President Vladimir Putin used his televised 2018 State of the Union address to laud his own nation’s advances in nuclear weaponry. Highlighting a successful test of Russia’s RS-28 Sarmat intercontinental ballistic missile with a payload of 15 nuclear warheads, he also boasted of developing a working laser weapon, a hypersonic missile, and a cruise missile powered by a nuclear reactor that could fly indefinitely. Putin noted that the hypersonic missile, called Kinzhal (or dagger), could maneuver while traveling at more than ten times the speed of sound, and was “guaranteed to overcome all existing . . . anti-missile systems” and deliver a nuclear strike. The cruise missile, displayed on video by Putin in animated form, was shown as circumventing U.S. air defenses and heading for the California coast.

When it comes to bellicose public rhetoric, probably the most chilling has come from Trump. In the summer of 2017, angered by North Korea’s missile progress and the belligerent statements of its leaders, he warned that its future threats would be “met with fire and fury like the world has never seen.” The following year, referring to North Korean leader Kim Jong-un, he bragged: “I too have a Nuclear Button, but it is a much bigger and more powerful one than his.”

The problem that government officials have faced when engaged in this kind of missile-rattling behavior is public concern that it could lead to a disastrous nuclear war. Consequently, to soothe public anxiety about catastrophic nuclear destruction, they have argued that, paradoxically, nuclear weapons actually guarantee national security by deterring nuclear and conventional war.

But the efficacy of nuclear deterrence is far from clear. Indeed, despite their possession of nuclear weapons, India and Pakistan fought wars against one another, and, like the United States and the Soviet Union, came perilously close to sliding into a nuclear war. Furthermore, why has the U.S. government, armed (and ostensibly safe) with thousands of nuclear weapons, been so worried about Iraq, Iran, and North Korea acquiring them? Why does it need additional nuclear weapons?

Beginning in 1983, Ronald Reagan―under fierce public criticism for his nuclear buildup and disturbed that U.S. nuclear weapons could not prevent a Soviet nuclear weapons attack―initiated a nuclear safety program of a different kind: missile defense. Called the Strategic Defense Initiative (but derided by Senator Edward Kennedy as “Star Wars”), the program involved shooting down incoming nuclear missiles before they hit the United States, thus freeing Americans from any danger of nuclear destruction.

From the start, scientists doubted the technical feasibility of a missile defense system and, also, pointed out that, even if it worked to some degree, an enemy nation could overwhelm it by employing additional missiles or decoys. Nevertheless, missile defense had considerable appeal, especially among Republicans, who seized upon it as a crowd-pleasing alternative to nuclear arms control and disarmament.

The result was that, by the beginning of 2019, after more than 35 years of U.S. government development work at the cost of almost $300 billion, the United States still did not have a workable missile defense system. In numerous scripted U.S. military tests―attempts to destroy an incoming missile whose timing and trajectory were known in advance―the system failed roughly half the time.

Nevertheless, apparently because there’s no policy too flawed to abandon if it enriches military contractors and reduces public demands for nuclear disarmament, in mid-January 2019 Trump announced plans for a vast expansion of the U.S. missile defense program. According to the president, the goal was “to ensure that we can detect and destroy any missile launched against the United States―anywhere, any time, any place.”

Even so, all is not lost. Leading Democrats―including presidential hopefuls―have demanded that Trump keep the United States within the INF Treaty and scrap plans to expand the U.S. nuclear arsenal. Adam Smith, the new chair of the House Armed Services Committee, has called for “a nuclear weapons policy that reduces the number of weapons and reduces the likelihood of any sort of nuclear conflict.” Using their control of the House of Representatives, Democrats could block funding for the administration’s nuclear weapons programs.

And with enough public pressure, they might do that. – Common Dreams

This work is licensed under a Creative Commons Attribution-Share Alike 3.0 License