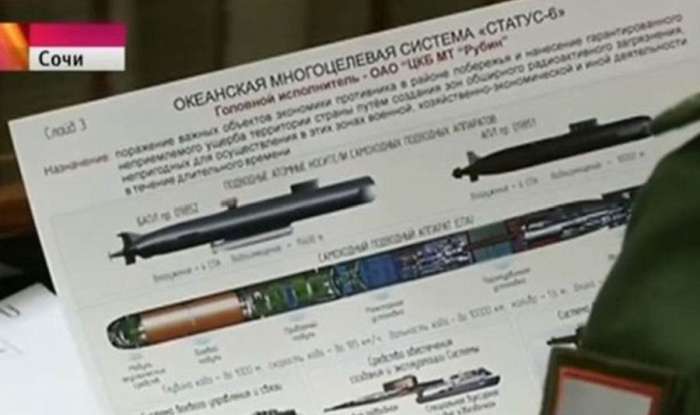 On November 10, 2015, Russian media accidentally-on-purpose revealed a glimpse into the Kremlin’s new underwater weapon— the “Kanyon” or Status-6 nuclear-powered, nuclear-armed drone. Since then the debate swirling around the device, such as whether it is real, its practicality, military use and history. The Kanyon UUV (unmanned underwater vehicle) as described and illustrated is a very, very large torpedo almost eighty feet long and five feet in diameter. Fitted with a monstrous 100-megaton nuclear warhead and propelled by a nuclear power plant, Kanyon is designed to create radioactive tsunamis in ports and coastal areas. – The National Interest