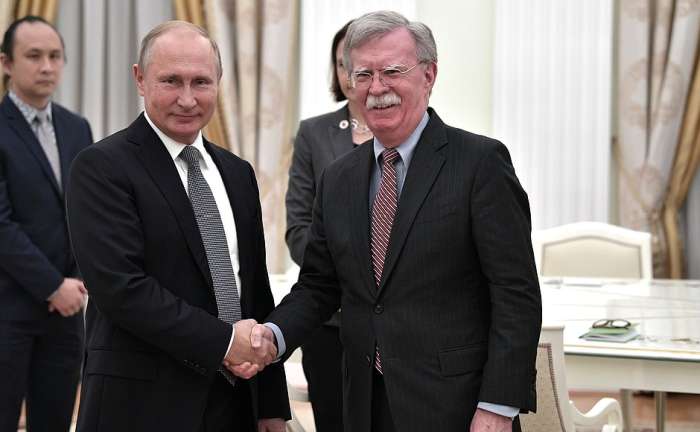 President Vladimir V. Putin warned on Wednesday that if the United States deploys new intermediate-range missiles in Europe after withdrawing from a nuclear treaty prohibiting these weapons, European nations will be at risk of “a possible counterstrike.” President Trump said over the weekend that the United States intends to pull out of a 1987 agreement banning short- and intermediate-range missiles that are launched from land. He said Russia was cheating on the deal and said it was flawed because China is not a signatory. The United States, Mr. Trump said, will develop weapons now prohibited by the treaty, prompting Russian warnings of a new arms race. – The New York Times Photo: kremlin.ru