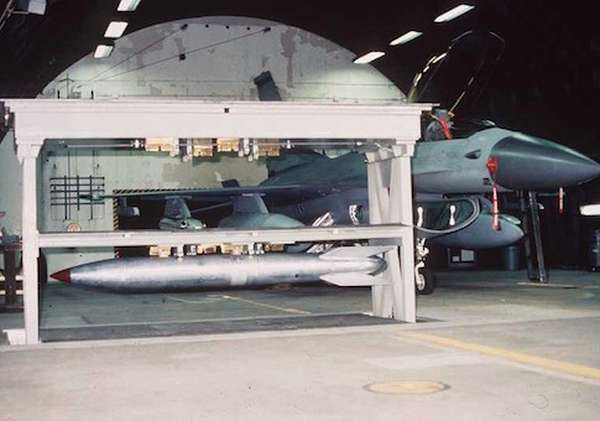 Trump administration plans to upgrade the military’s aging nuclear arsenal do not include a new weapon that experts say is needed to blast deeply buried, hardened targets used by Russia, China, North Korea, and Iran to house their leaders and weapons. The Air Force announced recently that a B-2 bomber at Nellis Air Force Base conducted a simulated test of the modernized B61 nuclear gravity bomb that the Pentagon says will have some earth-penetrating capability. However, the B61 Mod 12 will not be capable of exploding through hundreds of feet of rock or concrete… – Washington Free Beacon Photo: B61 in weapons storage / Wikimedia Commons