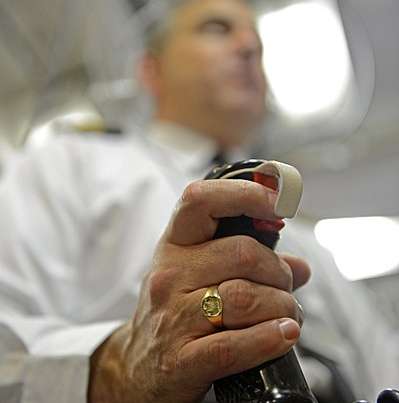 The UK’s nuclear arsenal is housed on four submarines, with one of those submarines on patrol at all times. During their isolated missions, crews watch for signals that the UK still exists — and may launch a counter-attack if they believe their country has been destroyed. One of these signs is whether BBC Radio 4 is still broadcasting the “Today” programme, Britain’s flagship news and politics show. If the submarine commander believes Britain has been destroyed, he may be under orders to launch a nuclear strike. – Business Insider Photo: Weapons Engineer Officers Tactical Trigger used to launch a Trident Missile. – Royal Navy