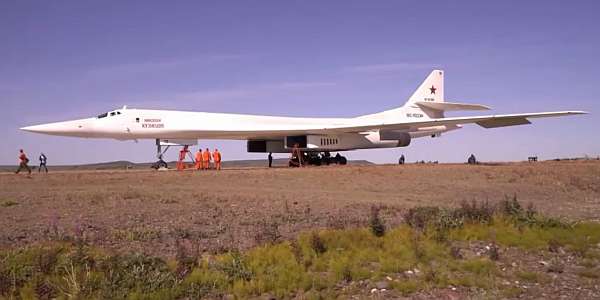 Two Russian Tupolev Tu-160 supersonic long-range nuclear bombers conducted drills in an area near Alaska “for the first time in history,” demonstrating that Russia can deploy heavy bombers close to the US, the Russian Ministry of Defense reported on 16 August. According to a statement issued by the Russian Ministry of Defense, the Tu-160 bombers reportedly flew non-stop more than 4,000 miles from their home base in Saratov in southwestern Russia to Anadyr on the Chukotka Peninsula, which faces Alaska across the Bering Strait. The local airfield was recently redesigned to accommodate large combat aircraft. = Defense Blog