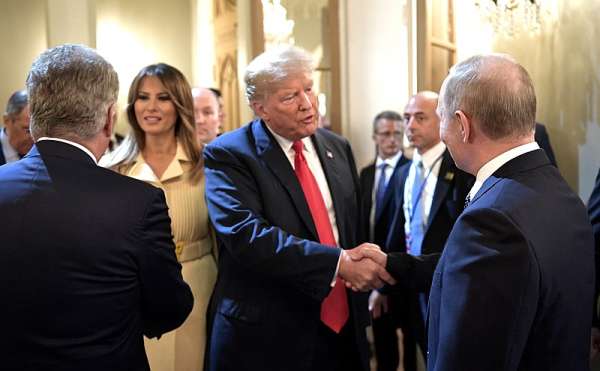 Vladimir Putin presented President Donald Trump with a series of requests during their private meeting in Helsinki last month, including new talks on controlling nuclear arms and prohibiting weapons in space, according to a Russian document obtained by POLITICO. A page of proposed topics for negotiation, not previously made public, offers new insights into the substance of the July 16 dialogue that even Trump’s top advisers have said they were not privy to at the time… POLITICO also reviewed a Russian-language version of the document, which bore the header in Cyrillic “Dialogue on the Issue of Arms Control.” – POLITICO Photo: Kremlin.ru