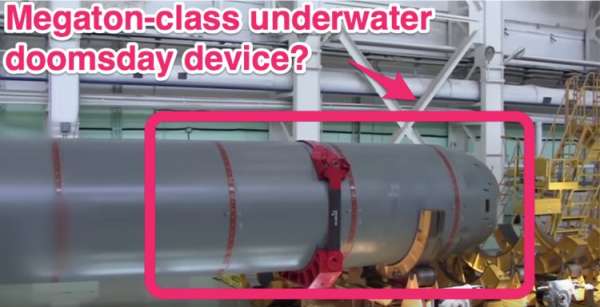 Just days after Russian President Vladimir Putin met with President Donald Trump, Russia’s Ministry of Defense has released a video of one of its most inhumane and fearsome nuclear weapons ever created — and it’s purpose-built to avoid US defenses. The weapon, a high-speed nuclear-powered torpedo, isn’t like other nuclear weapons. While there’s a risk of radioactivity any time an atom is split, nuclear weapons have typically used nuclear detonations to create heat and pressure, with lingering radioactivity emerging only as a dangerous side effect. But the new Russian torpedo uses radioactive waste to deter, scare, and potentially punish enemies for decades. – Business Insider