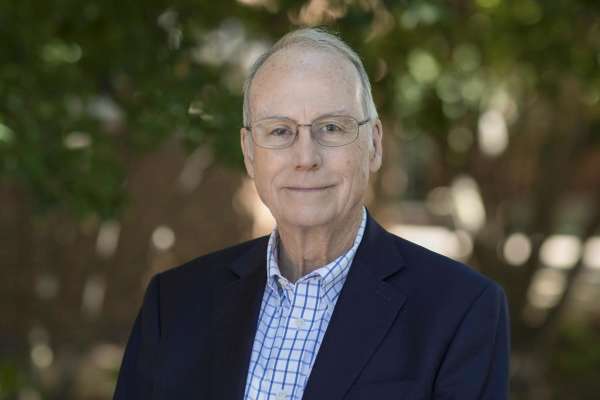 Questions remain about nuclear disarmament in North Korea and Iran, two countries that have been attempting to develop nuclear weapons. Just how easy is it to keep track of these programs? We asked an expert. Houston G. Wood is a professor of mechanical and aerospace engineering at the University of Virginia. Since 2009, he has directed the applied mathematics program in UVA’s School of Engineering and Applied Science, and since 2012 has directed the Rotating Machinery and Controls Laboratory. Previously, he worked on the United States’ gas centrifuge development program, at both the Oak Ridge National Laboratory and at UVA.

He has organized international workshops on separation phenomena in liquids and gases, and, in conjunction with the Institute of Science and International Security, hosted two workshops on nuclear non-proliferation verification.

Wood has held visiting positions at Commissariat a l’Energie Atomique in Saclay, France; Oak Ridge National Laboratory; and in the Program on Science and Global Security at Princeton University’s Woodrow Wilson School of Public and International Affairs.

He has been a leader in the Northeast Chapter of the Institute of Nuclear Materials Management, where he has served as member-at-large, vice president, president and past president. He is active in the institute’s International Safeguards Division, and helped organize an INMM workshop at UVA.

Q. Can you explain how nuclear weapons are made?

A. My expertise in the spectrum of nuclear weapons topics is in the area of uranium enrichment.

If you are going to make a weapon you need uranium or plutonium. Plutonium is made in nuclear reactors. Uranium is a natural element that can be mined. Uranium has two isotopes – U-235 and U-238. It is almost all U-238. The one that you want for weapons, the fissile material, is U-235, which in natural uranium is about seven-tenths of 1 percent by weight. You have to take this rare isotope and enrich it.

There are many different techniques that can be used for doing this enrichment. During World War II in the Manhattan Project, the United States developed gaseous diffusion as the enrichment method, which is very difficult to conceal.

Gaseous diffusion has been replaced by newer technology, which is called a gas centrifuge. I worked on gas centrifuges for the Department of Energy centrifuge project, both at Oak Ridge, Tennessee and at UVA. Gas centrifuge is the technology of choice these days. It is the economic way to go, and it can be relatively easily concealed.

A gas centrifuge plant can be made to look like any other light industry. It uses very little electricity, so you don’t have any large electric lines. It could be just a factory for making shoes. So there is nothing to distinguish this plant from other light industry. It is fairly easy to conceal, especially if you don’t have access in the country to what is going on.

North Korea has a second generation of centrifuges made in Europe, and those are about two meters; you connect them together in a series so that one centrifuge enriches a little bit and then it goes into another one which enriches a little bit more and then into another one. To get the quantity of material you need, you put centrifuges in parallel. This configuration is a cascade, and the cascade enriches the material to the desired concentration and quantity.

The Iranians for example, have 164 to 172 centrifuges per cascade. The cascades can be located in different areas; they don’t all have to be in the same location. It is not a batch process, rather it is a continuous process. Uranium hexafluoride gas is fed into the cascade at a concentration of natural uranium and is then removed in a product stream and waste stream.

Obtaining the fissile material, the enriched uranium 235, is probably the most complicated part of the nuclear weapons process. Once you have the material, building a bomb isn’t as complicated.

In order to have a weapon, you have to have a delivery system. For example, you have to make your explosive device small enough to fit on a missile or the missile big enough to accommodate the device. It’s a combination where you have to achieve a design that works.

Q. Are nuclear weapons programs easy to shut down?

A. It hasn’t proven to be the case. Libya was the exception. We went into Libya and Muammar Gaddafi agreed – I’m not sure how we convinced him, but anyway we did, and he turned over everything he had and we brought it out. He had a bunch of centrifuges, and we took them out of his country.

Another country that had developed a nuclear program was South Africa and, shortly after they got rid of apartheid, they got rid of their nuclear weapons program. Closed it all down.

If you expect a country like North Korea or Iran to get rid of its nuclear program, there are a large number of steps to take to convince the rest of the world that they have actually done it. They have to provide clear proof of an irreversible, verifiable dismantlement.

The North Koreans just recently said they demolished their test station, and they set off explosions there. But they didn’t let anyone go in there first and they didn’t let anybody go in afterward. It hasn’t been verified. And what they did, they could redo it again. Start over for sure.

So there are a lot of steps and it requires on-ground inspections by people. The country has to give access to inspectors to come into their country and look for leads and all kinds of things on a continuing basis.

Q. And what is it inspectors are looking for?

A. You have to look at the whole package; there is no significant radiation that uranium gives off. You have to walk right up to it. You have to be fairly close to be able to detect it.

We have uranium under the ground; we have uranium mixed in with coal, so we are all exposed to this background level of radioactivity all the time. It is not anything that is dangerous, so it does not give off a big signal.

A lot of work is done by satellite imaging, and we can look at satellite images of facilities that we think are enrichment places and you can watch via satellite the traffic that comes in and goes out. You can try to put together the whole picture of what is going on there. It’s not just one thing. You have to put together a lot of pieces to solve the puzzle.

It is not easy to shut down a nuclear program, and how hard it is to restart depends on how completely it has been shut down. If you shut it down and you continue to have inspections to prevent it from being restarted, that makes it less easy to restart.

A major requirement is to have people on the ground coming in and inspecting. It is pretty onerous to the country that is subjected to these kinds of inspections.

A. Again, it is a matter of allowing inspectors to inspect the facilities that will enrich uranium to fuel a reactor that will make electricity. The Nuclear Non-Proliferation Treaty is set up so that the 189 member countries agree not to make material for weapons and you agree you won’t make material that can be converted into weapons and you will make your facilities available for inspection.

If you have an enrichment plant, you allow the International Atomic Energy Commission to come in. You will declare what you are going to do. For example, you declare you are going to make this much enrichment, going to make this much material, so then the International Atomic Energy Agency can come in and make measurements to guarantee that you are not diverting any material from your plant.

If a country has a clandestine plant, then there can be no inspections. But if a country is going to be open, transparent and play by the rules, they are going to allow inspectors to come in and verify that it is not being used for undeclared purposes.

For example, in Iran we discovered their program in the 2002 timeframe. There were some people in Iran who were opposed to the government and they learned about this and they got the word outside of Iran that they were developing gas centrifuges – feet on the ground – and it could be people who are indigenous to the country like it was in Iran.

Q. Are you optimistic that this genie can be put back into the bottle?

A. No, I’m not. I’m hopeful that we can, through diplomatic efforts, get people to realize that their best interests are not served by having nuclear weapons.

No one has come up with a real use for nuclear weapons. How do you use them? Once you use one, then you open up everything, leading to Armageddon. For the United States to use one nuclear weapon, anywhere, there could be retaliation from the Soviets, for example. Or if North Korea uses one, there could be retaliation. You don’t want that. People have studied how to use nuclear weapons strategically, and it is just a lose/lose situation. We don’t know how to use them and we don’t know how to get rid of them.

The big concern is that someone will do something, such as a terrorist group getting a nuclear device. They don’t even need a weapon, just an explosive device – put it in a suitcase and put it into Baltimore Harbor.

One of the good things that is amazing is that if a nuclear device goes off somewhere, you can do forensics to know where that nuclear device was made. You can know where that material came from, because uranium mined in one part of the world is different from uranium mined in another part of the world – just enough so that forensic experts can do that.

The Army has a counter-proliferation group and they go on exercises, making sure their exercises are very public so it gets into the media that they have the ability to detect where a nuclear blast came from, immediately. Then there are strategies for retaliation that may or may not be the use of nuclear weapons. There are strategies for what to do. We can track you down. Quickly.