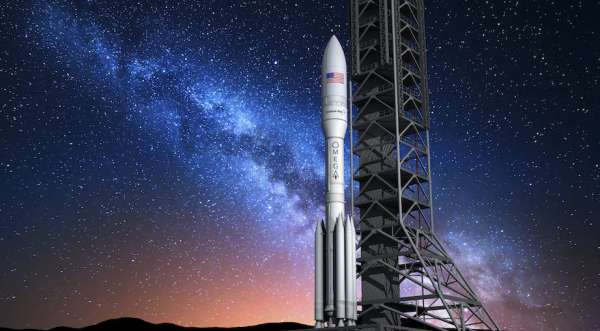 The world is entering a new space age, driven by technological innovation and defined by growing geopolitical rivalry alongside dreams of vast mineral wealth and future colonization. With plans for a manned space station and missions to the Moon and Mars, China has joined Russia, the United States, and the European Space Agency (ESA) as a “space superpower.” Proclaiming “We must have American dominance in space,” President Trump has directed the Department of Defense to establish a Space Force as an independent branch of the U.S. armed forces… The Pentagon’s National Defense Strategy of 2018 names Russia and China as “strategic competitors” and identifies both cyberspace and space as “warfighting domains.” – Valdai International Discussion Club Photo: Orbital ATK developed the OmegA rocket to compete for national security launches. Credit: Orbital ATK