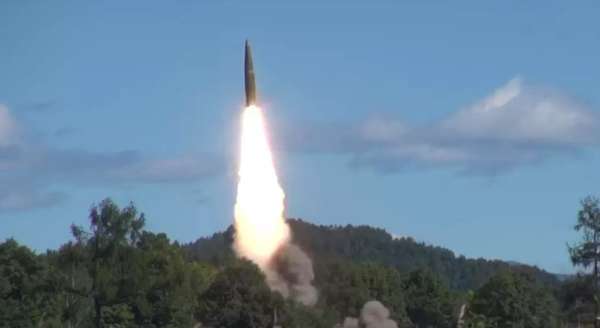 Russia is on a nuclear-capable missile testing spree, having tested short-range and both land and submarine-based intercontinental ballistic missiles (ICBMs) in recent months. On June 16, Russia’s Ministry of Defense released a video showing troops testing a 9K720 Iskander short-range mobile missile system…. According to Missile Defense Advocacy, the Iskander has a “range of 400-500 km and uses both inertial and optical guidance systems to achieve an accuracy of 10-30 m CEP. It can carry conventional and nuclear warheads up to 700 kg and employs a maneuverable re-entry vehicle (MaRV) and decoys to defeat theater missile defense systems.” – The National Interest