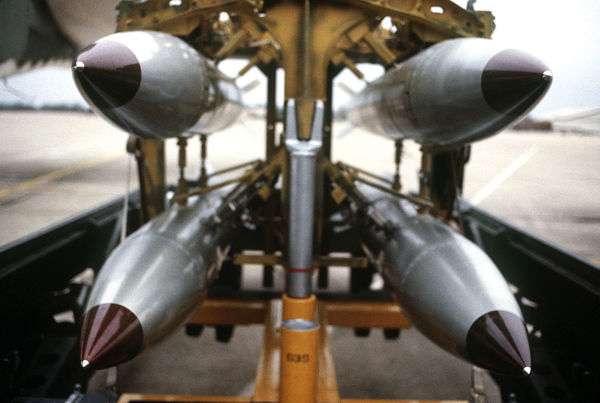 Lamenting the defeat of her amendment to defund the Pentagon’s $65 million program for so-called “low-yield” nuclear weapons in a House’s appropriations bill on Thursday, Rep. Barbara Lee (D-Calif) warned of the existential threat these weapons represent as they fuel a new arms race in an increasingly dangerous world. “There is no such thing as a small nuclear weapon,” Lee declared after the amendment was defeated in a 241 to 177 vote—along mostly partisan lines—in the GOP-controlled House. “Spending $65 million on a low-yield nuclear weapon – with unprecedented submarine-launch capability – heightens the risk of nuclear war,” Lee added. “We should be de-escalating tensions with our allies, not provoking a new nuclear arms race.” – Common Dreams