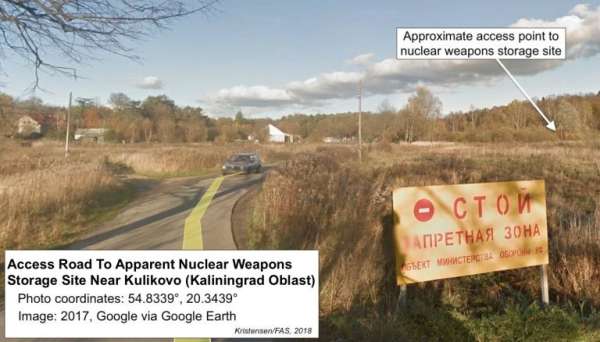 Russia appears to have upgraded a nuclear weapons storage bunker in its Kaliningrad enclave, in the latest sign of Moscow’s increased emphasis on nuclear arms in its standoff with Nato, according to a new report. The Federation of American Scientists (FAS) has published satellite images which the group says show a storage facility in the Baltic coast enclave between Poland and Lithuania being deepened and then covered with a new concrete roof in recent months. “It has all the fingerprints of typical Russian nuclear weapons storage sites,” said Hans Kristensen, the director of the nuclear information project at FAS. – The Guardian