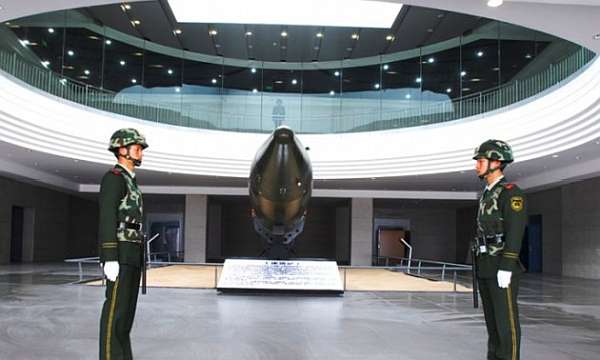 In a rare move, Beijing rebuked the South China Morning Post for its “untrue” report that claimed Beijing had resumed simulated nuclear tests as part of a new arms race with Russia and the United States.The SCMP report said China had conducted an average of five simulated tests in one month. According to the newspaper, China had carried out about 200 laboratory experiments to simulate the extreme conditions of a nuclear blast between September 2014 and last December, either to develop new nuclear weapons or to verify the condition and effectiveness of weapons reaching the end of their designated service life. – Asia Times

Photo: Chinese soldiers stand guard over a model of a nuclear warhead in a nuclear lab in China’s northwestern Qinghai province. ( Xinhua)