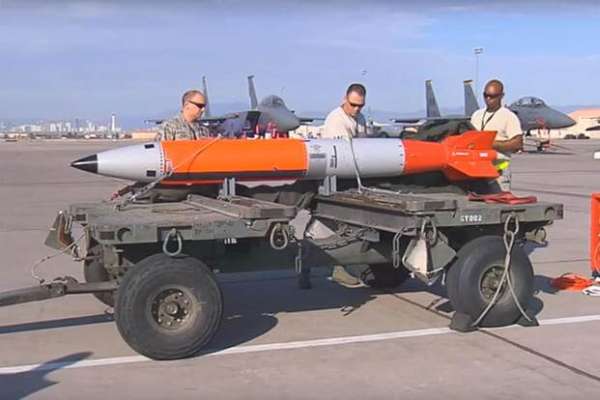 The US Air Force is boasting of progress in upgrading and testing of its atomic arsenal, under the new aggressive posture that lowers the threshold for use of nuclear weapons and sets Washington on a collision course with Russia. Plans to spend over $1 trillion to modernize the US “nuclear triad”… “We’ve already conducted 26 engineering, development and guided flight tests” of the B61-12 gravity bomb, Lieutenant General Jack Weinstein told the Air Force Association breakfast on Tuesday. “The program’s doing extremely well.” – RT