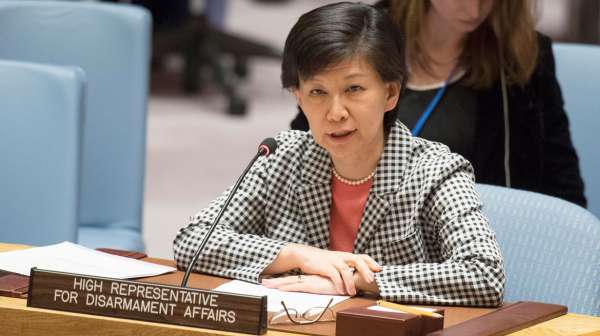 A top UN official today denounced growing rhetoric claiming that nuclear arms are necessary and warned that the risk of such weapons being used was on the rise.
“The threat of the use, intentional or otherwise, of nuclear weapons is growing,” the UN’s top representative for disarmament affairs, Izumi Nakamitsu, told a preliminary review meeting of the Nuclear Non-Proliferation Treaty (NPT). – Times of India Photo: UN Photo/Eskinder Debebe