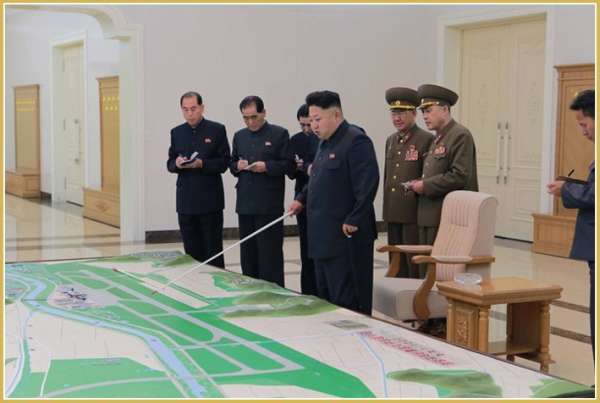 North Korea’s pledge to suspend all nuclear testing could be a trap ahead of potential summits with the South Korean and US leaders. This is what President Trump’s aides told the Washington Post on condition of anonymity. Sputnik discussed this with Tong Zhao, a fellow at the Carnegie-Tsinghua Center for Global Policy in Beijing.

Sputnik: What made the North Korean leader soften his stance and consider coming to the negotiating table?

Tong Zhao: I think I can name at least four different reasons. First of all, Kim Jong-un has achieved significant progress, today North Korea has at least 25 to 30 nuclear weapons and has mastered the technology of intercontinental missiles, so he has reached the kind of objective that he wanted, and he could wait another year or two but he won’t be able to improve his position beyond what he has already achieved, this is very important to keep in mind.

The second thing, although in the past North Korea suffered from sanctions, the success of North Korea is that they have [in the past] come to the table negotiating to ease the sanctions but they did that for technical reasons, to give them the opportunity to continue to work on the development of nuclear weapons as well as their intercontinental missiles. So now that they have achieved that, he’s seeking a much more permanent lifting of the sanctions, to be able to [provide] what he has been promising to his people, so since he has no more gains to make now, he’s ready to make that step.

The third reason in my view is that Kim Jong-un has been seeking recognition that North Korea is a nuclear power and he wanted that kind of recognition. Meeting with the president of the United States gives him the legitimacy he’s been seeking so for Kim Jong-un it’s a major step to take, because whether the meeting succeeds or not, he has gotten the kind of recognition that he was looking for.
And adding the fourth point which is really odd but it is very interesting: these two leaders, both President Trump as well as Kim Jong-un, are very odd leaders. They’re detested by the international community and they wanted to show, both of them, that they can go against the odds, they can go beyond political niceties. They can do something that nobody ever could perceive possible, and it is something very interesting also to keep in mind, that this is why Trump basically jumped at the opportunity because he wanted to show the American people specifically because of the domestic problems that he can do something that none of his predecessors were able to do. That was also a major motivation on the part of President Trump and certainly Kim Jong-un.

Sputnik: We’ve recently heard from President Trump via his tweeting that he’s saying that there a long way from a conclusion on North Korea, “things might work out or might not work out” as quoted from his Twitter feed, what are your thoughts on that?

Sputnik: How honest is Mr. Kim about reaching a consensus with the Trump administration, after all, he’s still a very young president, he’s only been president for a few years now, and taken into account the concessions Mr. Kim is making, will the US provide assurances to Pyongyang, so there are some real interesting connotations with all of this, isn’t there?

Tong Zhao: You know, this is going to depend on a kind of quid pro quo, that is, they are going to be testing one another. For example, something the United States has been seeking for decades is regime change, what Kim Jong-un wants is to make sure that the United States gives up the idea of regime change. What it’s going to take? A process, a reconciliation process, you are going to need that, so both sides need to demonstrate that they actually mean what they’re saying, they say what they mean and they act on it, and that’s the most important thing, to act. One other dimension that we have to keep in mind is to what extent the North and the South, both Koreas will begin the serious process of reconciliation between the two sides. This is going to be very important because South Korea is very eager to normalize relations with the North, that is something that we also have to keep in mind. If there’s significant progress in that area then there’s greater confidence also in the developments between the United States and North Korea. – Sputnik News