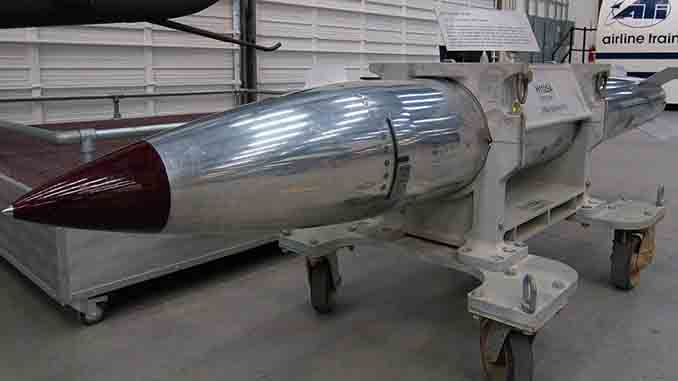 A peace activist tried to prove that the reported 20 nuclear missiles pose a danger to German citizens, being a possible terror target, and violated basic rights; but a court in Germany found her complaint insufficiently justified. A local activist wanted to oblige federal authorities to persuade the US to withdraw nuclear weapons from German soil, but Germany’s Federal Constitutional Court in Karlsruhe has ruled that the US nuclear weapons can remain at the air base in Buechel, rejecting her complaint.

According to the plaintiff, the atomic arsenal violates her basic right to life, as well as poses a threat to her property and physical safety. She claimed that this could be a potential target for terrorists. She also argued that it is illegal for the weapons to be on German soil, contending that it violates the NATO treaty and international laws.
The court ruled out that neither of her freedoms were violated and that she had the same rights as other German citizens, who live close to the potential terror targets. Besides, according to the latest decision, the responsibilities of public authorities lie no further than “the point at which a process is predominantly structured according to the independent will of a foreign power, separate from that of the Federal Republic of Germany,” according to the DW website.

Buechel, which is located in the western federal state of Rhineland-Palatinate, is home to a joint US-German air base. According to the court, the base is entitled to the safekeeping, guarding, maintenance and release of the US nuclear weapons stored there. Although the details concerning the nuclear storage facility have not been confirmed, the local public broadcaster SWR reported that 10-20 nuclear bombs are stored underground there.

The plaintiff is a member of the “Atomwaffen abschaffen” (“Abolish Nuclear Weapon”) network, which is one of 450 peace groups affiliated with the International Campaign to Abolish Nuclear Weapons (ICAN). This non-government coalition received the Nobel Peace Prize last year for its work “to draw attention to the catastrophic humanitarian consequences of any use of nuclear weapons” and their “ground-breaking efforts to achieve a treaty-based prohibition of such weapons.” – Sputnik News