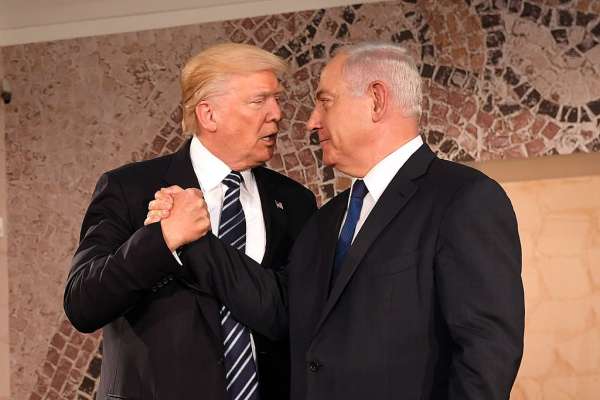 Israeli Prime Minister Benjamin Netanyahu, commenting on Israel’s 2007 bombing of what it said was a Syrian atomic reactor, stated that Israel was determined to prevent its enemies from obtaining nuclear weapons. “The Israeli government, the Israel Defense Forces and the Mossad prevented Syria from developing nuclear capability. They are worthy of full praise for this. Israel’s policy was and remains consistent — to prevent our enemies from arming themselves with nuclear weapons,” Netanyahu wrote on Twitter.

Earlier in the day, Israel officially acknowledged that it destroyed a suspected secret nuclear facility in the Syrian province of Deir ez-Zor in 2007, with Israeli Intelligence Minister Israel Katz stressing that the strike was a message to Tehran, that Israel “will never allow nuclear weaponry to be in the hands of those who threaten its existence.”

The minister referred to that with the outbreak of the civil war in Syria, Deir ez-Zor province, where the alleged nuclear reactor was located, became almost completely occupied by terrorists. Israel has repeatedly accused Iran of building a military base south of country’s capital Damascus to establish a permanent presence in Syria and expand its influence in the region. Iran has denied the claims, calling them groundless, while admitted to sending military advisers to train troops loyal to Damascus.

‘Israeli PM is Currently in a Wag The Dog Scenario With Iran’ – Analyst
In February, Netanyahu called Iran “the greatest threat to the world,” and called for scrapping the nuclear deal with Tehran, as he warned that once Iran is armed with nukes, the country’s aggression “will encompass the entire world.”

Tensions between Israel and Iran have been running high after an incident with an alleged Iranian drone launched from Syria, which was intercepted by an Israeli helicopter after it crossed into the Israel-held Golan Heights on February 10. Following the incident, the Israeli Air Force (IAF) struck what it said were Iranian targets in Syria. The Israeli move prompted retaliatory fire from Syrian air defense systems. Iran slammed Israel’s claims as “ridiculous,” stressing that “Iran only provides military advice to Syria.”

Netanyahu stressed that by striking Syria powerfully, Israel’s forces have demonstrated that they would continue responding to every aggressive threat against their country. – Sputnik International